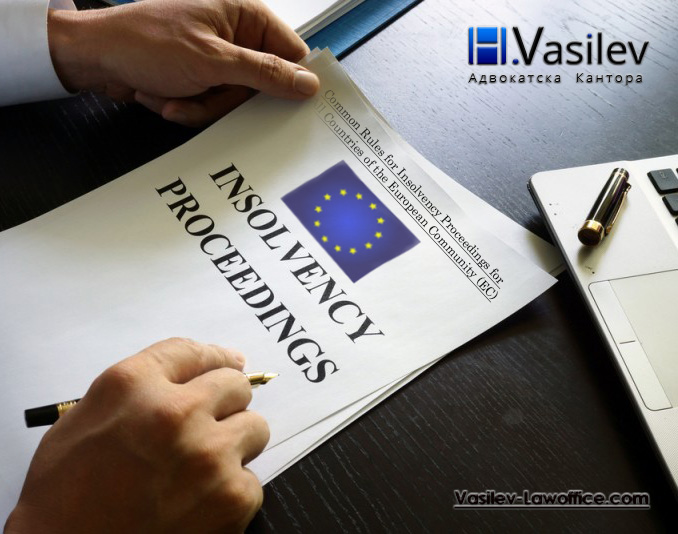 The material introduces the main and secondary insolvency proceedings under Council Regulation (EC- European Community) No 2015/848. It has precedence over the rules of national legal systems.

The rules contained therein are of a coordinating nature for debtors with assets in different Member States, necessitating the opening of main and secondary proceedings.

Regulation (EU) 2015/848 governs the smooth recognition of bankruptcy proceedings imposed by one Member State in another. Both main production and secondary production. The secondary treats the debtor’s real rights in the territory of another member state. As well as overly complex insolvency cases, whose sole management would cause problems. R№848 unifies the rules related to the collateral, claims of creditors, as well as the powers of the liquidator.

Application of the Regulation

R№848 is applicable to all cases leading to total deprivation of the debtor’s rights and appointment of a liquidator. However, it only applies where the debtor’s business and ownership is within the territory of the European Community. No matter whether it is an individual or a legal entity. It covers both commercial activity and private property. It excludes only some particularly specific economic operators. For them, there is a special order of review provided for in the laws of the individual Member States.

The uniformity of the rules also calls for uniform terminology. The specific names are given in Annex-A to the Regulation and apply to all Member States. Annex-B lists the exact names of the terms in each country. R№848 indicates the difference between the terms “Insolvency proceedings” and “liquidation proceedings”.

For example, there is no similar difference in Bulgarian legislation. Precise definitions are given of legal terms such as Pre-Trial, Court, Court, Center of Fundamental Interests and more.

The regulation is categorical: the basic law governing insolvency proceedings is the law of the Member State. Accordingly, it addresses the most important issues, such as: – what types of debtors are allowed Insolvency proceedings; – which property assets are included in the Insolvency estate and which property assets are acquired or transferred to the debtor after the opening of proceedings; – powers of debtor and liquidator; – the effect of the proceedings on the debtor’s current affairs and contracts; – Insolvency and post-litigation claims; – how the claims are claimed, established and accepted; – who is to bear the costs and the costs; – and others. It is also envisaged that the debtor may be excommunicated and thus obstruct the action for annulment.

The legitimacy of insolvency and liquidation decisions

The Regulation stipulates that any decision of a competent court of a Member State which has entered into force is also valid for all other EC countries. Decisions taken in the insolvency case are also recognized in other Community countries. This also applies to decisions rendered by another court (again in the proceedings) and not by that of insolvency. Direct recognition is also accorded to court-approved concordances, as well as to decisions imposing precautionary measures after the opening of proceedings. All of these decisions are implemented in accordance with Articles 31 to 51 (with the exception of Article 34, paragraph 2) of the 1968 Brussels Convention on jurisdiction and the enforcement of judgments in civil and commercial matters, not under Regulation (EC) ) No 44/2001. Outside the aforementioned decisions, other decisions shall be recognized and enforced in accordance with the provisions of the Convention, if applicable. A Member State may refuse to recognize or enforce a decision which is in clear contradiction with public policy or with constitutionally proclaimed principles.

Powers of the liquidator

The international character of insolvency proceedings also dictates the broad powers of the liquidator in the main proceedings. Its powers extend to all EC Member States. At least until they are reopened or secured by creditors. Otherwise, any lawful acts admissible under the law of the State of the main proceedings, including the export of property without prejudice to the substantive rights of the persons under the Regulation, fall within its powers. Of course, the liquidator must act in accordance with the laws of the country where the property is located.

The liquidator of the secondary proceedings may invoke, both judicially and out-of-court, in any Member State the fact that a property has been exported from the territory of the State where the secondary proceedings were instituted. And it was transferred to the territory of another EC country. This is dictated by the fact that the debtor can dispose of the property by transferring it to another country. The liquidator is therefore empowered to bring actions for annulment in connection with the transferred property. The liquidator shall be legitimized by the act / decision by which he is appointed. Each Member State may require a translation into its official language. The liquidator may request in each Member State the publication of the opening decision and the instrument of appointment. In addition, any country in which the debtor has an enterprise may provide for mandatory publication. The liquidator may request the entry of the decision to open the proceedings in the commercial, real estate or other public register of the respective country. Any country in its domestic law may also provide for mandatory entry. The fact of publication is relevant for the benefit of the debtor against whom the proceedings are pending. The general rule is that if a debtor from a Member State other than the one in the proceedings who did not know about its formation is executed in favor of the debtor and not the liquidator, he is released from liability. However, if a publication is to be made, then a reasonable presumption is created that the executor was unaware of the proceedings. If it has complied with the publication of the decision, it is rebuttable to assume that that person was aware of the existence of a proceeding.

Submission of claims by creditors

Any creditor whose domicile or registered office is located in a country other than the one of the proceedings has the right to make a claim in writing. This also applies to tax and social security authorities. Following the opening of the proceedings, the court or the liquidator is obliged to send a notice to the known creditors. Performed by form “Invitation to lodge a claim” and contains information about the terms laid down in its failure, after which the authority or institution empowered, may adopt ‘claims, and other measures.

This statement is informative and not exhaustive and does not constitute legal advice.

Hristo Vasilev Law Office is not responsible if you take individual actions that are not agreed with a lawyer. Hristo Vasilev Law Firm provides legal protection and assistance in case of damages suffered by unlawful acts or actions of the state, its authorities and / or officials. If you need legal advice or assistance in these cases, please do not hesitate to contact us. You can make your inquiries by email: hv@bglaw.eu or by phone: 02/4260393 and our lawyer will contact you.

2019-11-22
Previous Post: Do you have a business in Bulgaria? Learn how to protect your assets from unfair competition.
Next Post: Bulgaria is one of the best countries for working foreigners