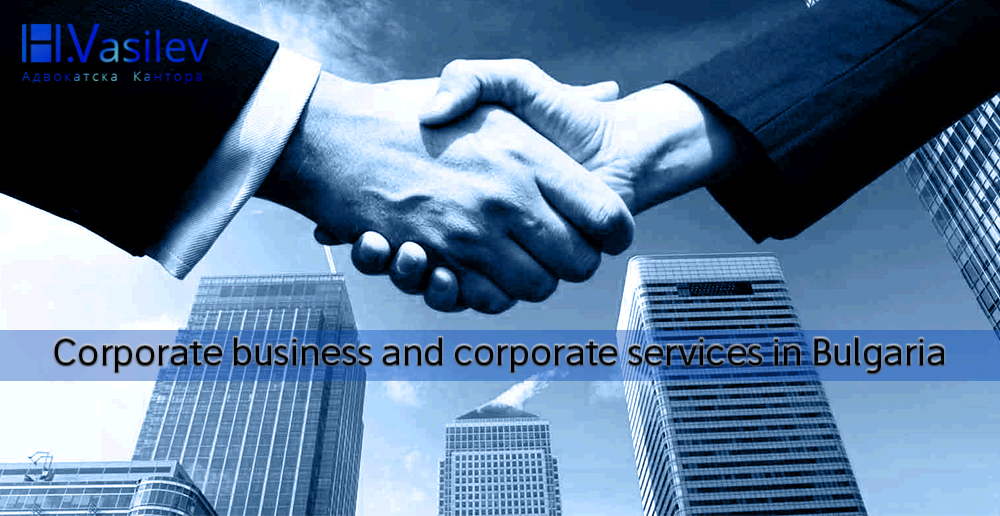 1. Commercial transactions and what they are (according to the Bulgarian legislation)

4. Liquidation of a company in Bulgaria.

1. Commercial transactions and what they are (according to the Bulgarian legislation).

Commercial transactions are subject to the classification criteria of the deals, but several specificities should be considered:

There are no grants in commercial law. The “give to give” a principle always works. This also applies to sponsorship – it is a lucrative deal because there is a counterpart expressed in advertising.

It is extremely important to divide commercial transactions into one-sided and bilateral ones. The differentiation criterion here is whether one of the parties is a trader or both parties are traders.

A bank loan agreement is a bilateral, reimbursed, formal contract whereby the bank undertakes to grant the borrower a sum of money for a specific purpose under certain conditions and term, and the borrower to use the amount as agreed and return it after the expiration of the term. A bank credit agreement is different from a consumer loan. A bank loan is not a real contract, unlike a consumer loan.

The check, similar to the order record and the bill of exchange, is an out-of-court enforcement order. A check is a security with which the issuer orders the payer to pay a certain amount. The check is a means of payment, and no interest is paid on it as it is paid on short notice.

4. Liquidation of a company in Bulgaria.

The liquidation of a company is the last stage of its existence when it ceases to operate, but continues to exist in the legal world as a legal entity. However, a liquidator or liquidators (liquidation committee) is appointed in the place of the governing bodies, which performs the duties and collects the pending claims.

The essence of liquidation involves actions for the fulfillment of obligations, collection of debts and conversion of property into money. Liquidation differs significantly from bankruptcy in its purpose. The liquidation is in the interest of the partners or shareholders, since as a rule the company has sufficient assets to satisfy the creditors. The purpose of the liquidation is to distribute the assets between the partners and the shareholders.

In liquidation there is insufficient property for the creditors, and the purpose is to protect their interests, to distribute the available property fairly among them. The liquidation proceeding ends with the filing of an application by the liquidator to the court for the termination of the legal entity and its deletion from the commercial register. There are also certain possibilities for the continuation of the company’s activity and exit from the liquidation proceedings.

5. Transfer of a company shares.

The company changes its owner by transferring the company shares. Legitimacy in society has acquired the concept of buying and selling companies. The shareholding may be transferred for consideration or gratuity, as well as inherited.

The transfer of the shareholding from one partner to another is free. And to third parties – subject to the requirements for admission of a new partner. The transfer of the company share is done by notarized signatures of the contract and entered in the commercial register.

The idea of bankruptcy originated in Italy. Bankruptcy is a legal-technical term. It can be regarded as a legal institute set of rules, the state of the trader or production which is a dynamic factual composition.

Insolvency is a court proceeding of universal enforcement aimed at proportionately satisfying the creditors of a trader who is insolvent or over-indebted.

Commercial insolvency is a court action of universal enforcement to satisfy the creditors of a debtor who is insolvent or over-indebted.

1. Independent legal institute – a set of legal rules governing relations in the event that a trader cannot pay his trade and some other obligations. This institute contains rules of both substantive and procedural law (with procedural substance prevailing).

2. Insolvency is a condition in which the trader has lost his commercial quality, the business is terminated and he cannot dispose of his commercial enterprise.

Insolvency is a way of universal enforcement because creditors act collectively, not in the way of individual pursuit of the debtor.

Hristo Vasilev Law Office in Sofia has highly qualified teams of attorneys, who offer the full range of services related to the administrative support and implementation of all kinds of business activities on the territory of Bulgaria. Corporate law is a priority for our law office. If you need help starting your company in Bulgaria. Opening bank accounts, accounting services, tax optimization and more – give us a call.

2020-01-23
Previous Post: The “New Bulgarians”
Next Post: Liberalization of the regime of movement of official documents for EU citizens