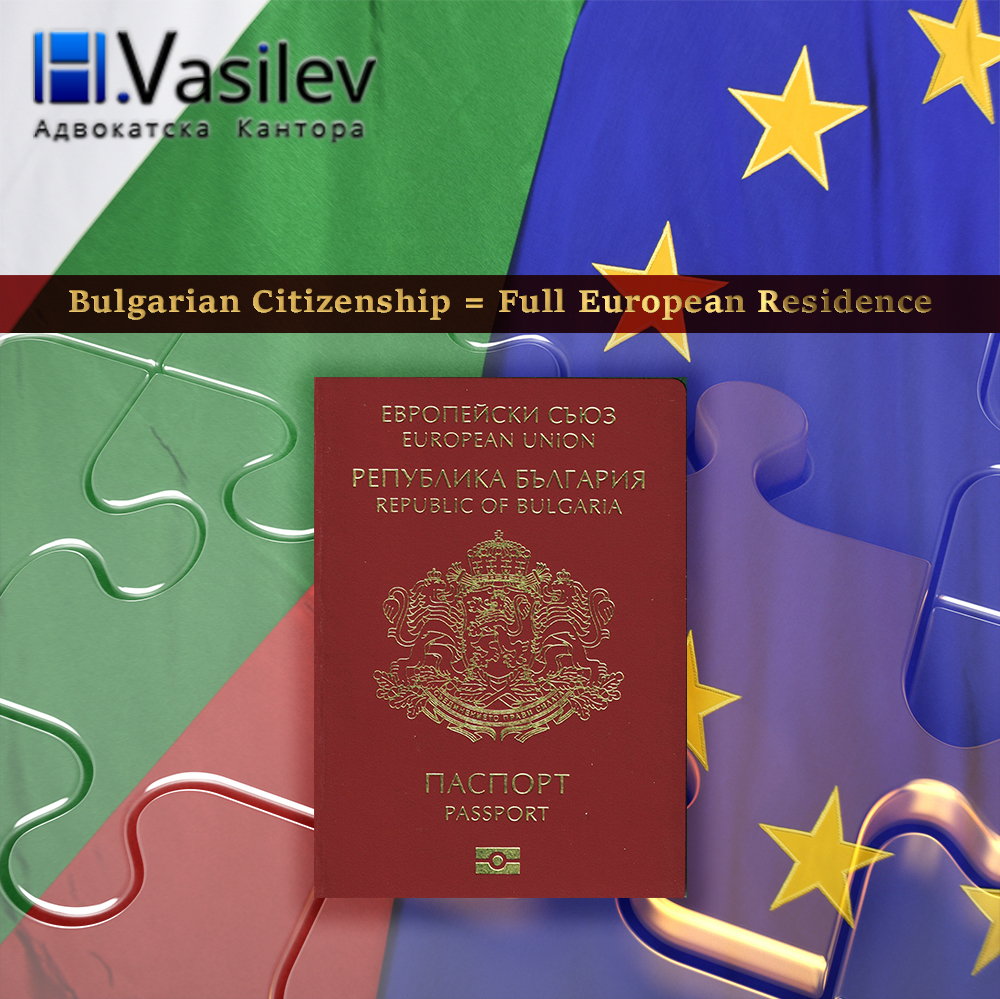 One of the main priorities of Hristo Vasilev Law Firm is Immigration Law. That is why we are closely monitoring the immigration processes of our homeland. Our team of attorneys has achieved significant legal victories in this area and over the years we have brought together many foreign families.

Bulgaria’s population is declining for two main reasons – negative growth and emigration. But in recent decades, the number of residents in the country has one count with an increase – foreigners! Citizens who have obtained a residence permit in our country. In any case, they favor the economy at least through the consumption of goods and services. If they are doing business or are hired by a company in Bulgaria, then the benefits to the country’s treasury are even greater.

According to statistics from the Migration Directorate of the Ministry of Interior, for the last 18 years (until the beginning of 2019), the right of permanent residence in Bulgaria has been granted to 67 173 foreigners and EU citizens. This status entitles foreigners to live and work legally on the territory of the country indefinitely, having the same legal status as Bulgarian nationals. There are also exceptions to the requirement that they are Bulgarian citizens in order to enjoy certain rights, such as voting or being elected to parliament.

Which foreigners have the right of permanent residence?

The right of permanent residence is granted to people of whom at least one of the parents is Bulgarian. As well as those who have lived in Bulgaria for the last 5 years before applying for this status. And during this period they have not been absent for more than 3 months from the country.

There are other options. For example, if the person has been married for 5 years to a foreigner who has the status of permanent residents and has also resided legally in the country for the last 5 years. The children of foreigners with permanent residence, as well as the children abandoned on Bulgarian territory, may also receive this status.

If you want to know all about the Bulgarian Citizenship by Investment program, you can do it with the help of experts from Citizenship & Investments LTD. This is respected not only in Bulgaria, but all over the world, a legal consulting company, part of the VD&A group, which deals mainly with issues related to the citizenship of foreigners.

The Bulgarian CIP is one of three in the EU. I.e. only 2 other countries offers a similar option for European citizenship: Malta and Cyprus. Recently, however, these two programs provide over 70% of applicants’ denials, and the requirements has become significantly more difficult to achieve. Only the Bulgarian CIP currently offers truly exclusive conditions for applicants for European citizenship.

Geography and Demography of the “New Bulgarians”

Most of the “new Bulgarians” come from non-EU countries. Turks, Russians, Macedonians and Britons make up the bulk of Bulgaria’s permanent resident aliens. Registered Russians are just over 9,000 – a serious amount, but far from the “hundreds of thousands” often quoted in the media. The British are about 3 thousand.

Bulgaria is becoming more and more attractive to Europeans. Greeks and Germans have the strongest representation besides the British. In most cases, these are retirees who live here because of the lower costs and better standard of living they can maintain with their pensions.

The status of permanent residents in Bulgaria is becoming very popular, the Ministry of Interior data show. 40% of the permits for 18 years have been obtained in the last 5 years – a total of 26 810 people have been settled since the beginning of 2014.

There is not much change in the new wave of foreigners. The domination of Turks and Russians continues. Following the 2014 crisis in the Crimea and the Donbas, there has been a significant increase in Ukrainians in Bulgaria. In addition, Ukrainians are increasingly involved as seasonal workers in the labor market. Thus, for some, temporary residence becomes permanent.

Even booming industries like IT and outsourcing, offering many times higher than average salaries, have problems hiring people. In addition to people from the EU and the EEA, they can also hire third-country employees with the so-called “blue card” issued by the Ministry of the Interior (Migration Directorate). After the Employment Agency has given a written decision.

The number of A3 visa applications for high-skilled employment has increased more than 5-fold over the last 5 years. In 2017, 242 were issued. In 2018, 285 blue cards were issued. And in 2019, over 300. And the licensed professions are mostly IT specialists, engineers and managers. In terms of country distribution, most of the approved entities are from Russia, China, Ukraine, USA, Turkey, Macedonia, Israel, Armenia, Albania, Belarus, Morocco, Mauritius, Egypt, and others.

Despite this increase, however, the number of people employed in our economy is thus negligible. For comparison, in Germany, over 7% of the employed are foreign nationals. One of the main reasons for the relatively low share of working foreigners in Bulgaria is the existence of by-laws on the recognition of legal capacity to pursue certain professions. They are urgently in need of updating in order to comply with the legislation on labor migration and mobility. As well with the EU legislation.

If you encounter any difficulties in trying to obtain permanent citizenship or other residence in Bulgaria, the law office Hristo Vasilev offers legal consultancies and help. A team of experienced Immigration Law attorneys is at your disposal 24/7.

2020-01-04
Previous Post: Bulgaria is one of the best countries for working foreigners
Next Post: A Terminological Guide for a Foreign Businessman in Bulgaria